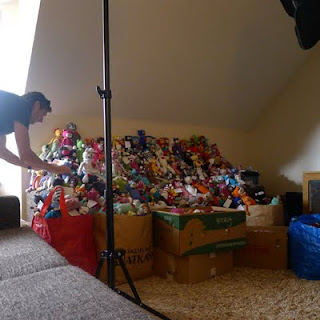 The Swedish crocheters have managed to create half a thousand kitties with mended heart :-)
I plan on doing the same.
I have already crocheted four kitties in my life and I think it's nice and easy :-)
Here's the first one: 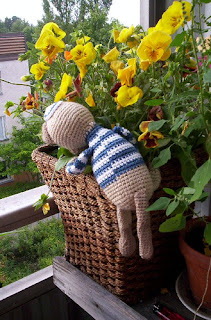 A siamese with shirt and kippah. :-)
My husband - the one whose cat this is - is Jewish, so I made his kitty "Jewish" as well :-D
Here he sits in between two gift cats: 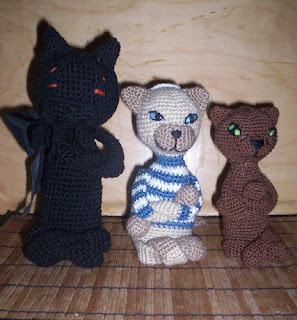 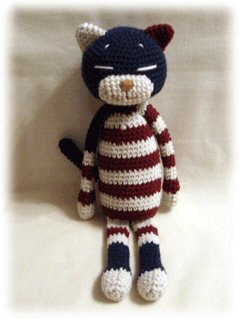 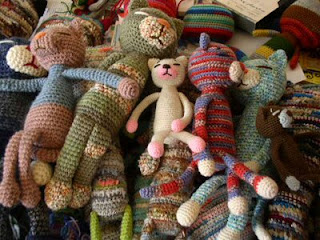 They kind of have more character than the perfect cats...
I know calico is more of an American term, and they are usually called "tortoise shell", and with some cats the tortoise shell is a better name, because their fur looks like tortoise shell, but I like the patchwork cats to be called calicos, after the fabric patchwork is usually made ;-)
but I like how it rhymes with Jellicle :-) I like to write it "jellico", to rhyme better with calico, even though I read jellicle is a short of dear little cats...
also, jellico cats are better know as tuxedo cats.
But isn't this embroidered cherry kitty adorable? Such a nice idea :-) 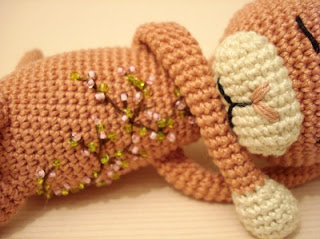 I knitted myself Lien Ngo's horseshoes cardigan. The second try. Too big. WAY TOO BIG! So I unraveled it and need to knit it again.
I'm knitting me... what is it it's called... the neck down one piece t-shirt... Babette? What ever.
I'm still full of ideas, but trying to limit myself and focus on the most important bits - that is; 1) losing weight and 2) writing a book

I'm still around, even though I'm very quiet at the moment.
Posted by Ketutar at 9:42 AM No comments: