What to do with a lot of old keys?

I bought a small bowl filled with "things" - among the things were a handful of old keys. Now I have to think what to do with old keys that goes to no lock in our home... 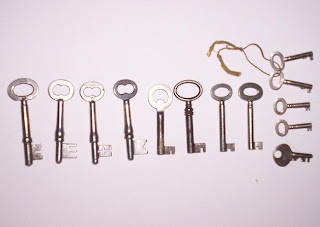 Urbanheirlooms makes wonderful leather wallets and other things with keys as locking mechanism: 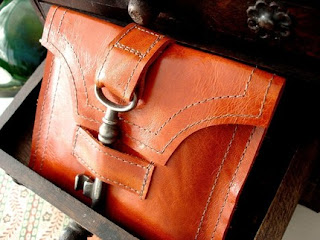 Here's an idea with the key as closing mechanism in a journal
Here's another idea, just replace the cinnamon stick with an old key

Amanda uses the keys to embellish among other things lacy cuffs - on could use the key as a button... for example like sugarpickle has done

COGnitivecreations makes wonderful Steampunk jewelry, among others this beautiful Guardian Angel of the Machina 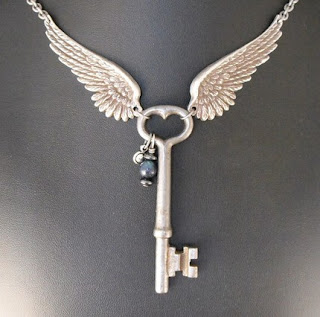 mybrownwren has made this ingenious closing mechanism of an old key (Sweetest Things) : 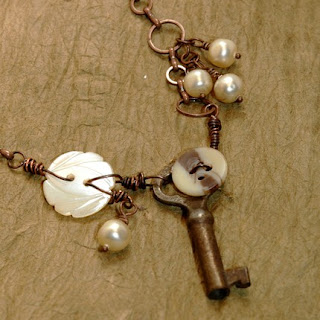 Here's Greighday Vintage with a bit of the same idea, also nice :-) 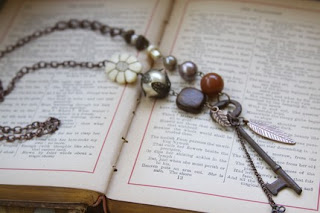 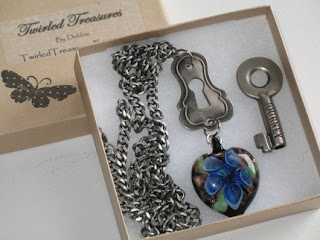 Very pretty key-necklace... but I think it's enough with jewelry now :-) 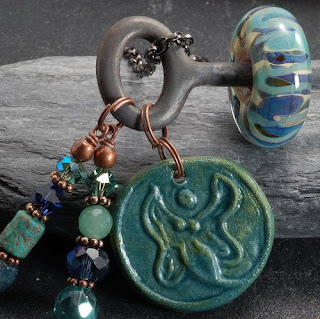 Now, with less than a month to Yule, I also love the idea of Santa's Key :-) You take an old key, embellish it and write a note on it, so that Santa knows it's your key - Santa's magic will make it open your front door, so that he can come in and leave the presents :-D Blessed be whoever came by the idea :-)
Here's a couple of suggestions to the poem you'll add on the key ;-)

This skeleton key chess set is absolutely amazing... unfortunately the keys I got are rather simple and there's not enough of them...

I need some ideas for repainting nesting dolls... 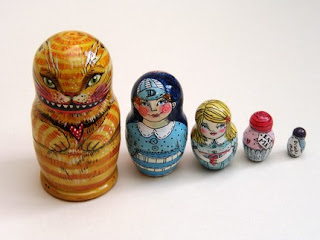 Fireapple at Etsy.com har painted these Alice in Wonderland nesting dolls. Here's another Alice - wonderful that too :-) 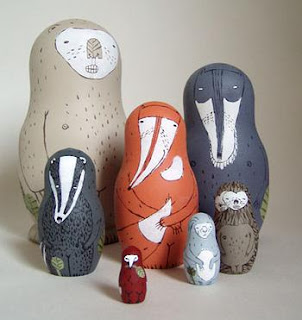 These lovely animals are painted by Irina Troitskaya. Her other nesting dolls are just as lovely :-)

These by Sugarskull are interesting... I don't think I could reach up to Irina's level, but this might be something I can do.

These owls inspired by nesting dolls - though not nesting - are wonderful. There is some space between the dolls to add some surface structure, and at least some soft decoration that doesn't suffer from being the dolls being put together and taken out of each other again.
On the outest doll one can go wild, of course.

I am fascinated by the Star Wars nesting dolls... 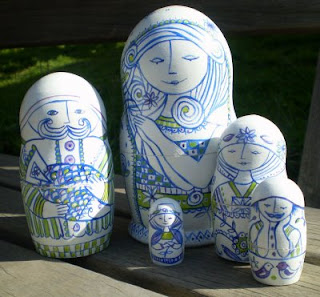 I love these dolls made by Sarah to Rachel
These remind me of Marimekko. Here's another similar solution - I just don't like the "ripped" results.

These bunny dolls are absolutely adorable!
I like this idea of painting the dolls outside the shape... like painting eggs. Here some "Disney Dolls"

Use the doll to illustrate a fairytale... paint them by the characters as they appear in the fairytale - or make Little Red Riding Hood :-) When you open the wolf, out tumble granny and Red :-D

This person says he has the largest collection of matryoshka images. 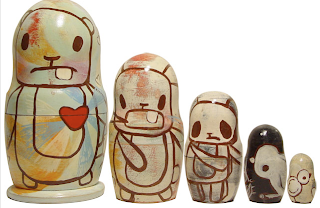 Here's some more by her and Amy Ruppel

One can also make different faces on both sides... here's The Hobbit illustrated :-)

"I discovered something magical: if you stop dressing them up like adorable old Russian ladies, they're just fat people!"
-- Badgercall

Then there's always the kitschy charm of the original, classical, untouched matryoshkas... 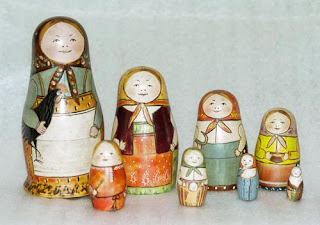 P.S. I absolutely ADORE these nesting doll measuring cups... so if there's some lovely, generous person feeling very Christmassy out there... Nah :-D I can get them from CoolStuffExpress myself :-D
Posted by Ketutar at 4:13 PM 1 comment: 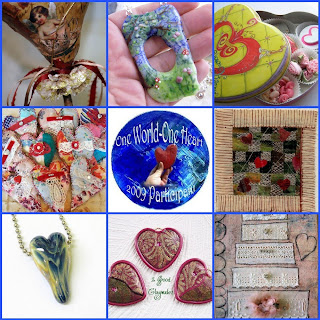 and 3 months to OWOH :-) I was going through the 900+ blogs again and aren't we a wonderful bunch of people! So talented, creative, artistic, generous people :-) I got really inspired by everything, and have been planning on what I will give away next year. I hope it will happen 2010 too. :-)