Today I had a fascinating experience. 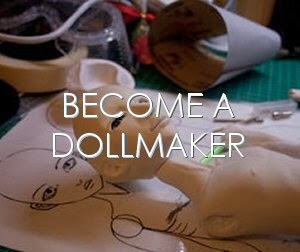 Someone I follow pinned something I had made. (I made all the images with my bucketlist, though it's not a bucket list, it's more of a list of talents and interests and wishlist. Also, the photo I used was stolen, from materiae, at Deviant Art, and I don't give her/him any credit, because I didn't think people would repin it.)
Anyway, I found this pin. And she hadn't pinned it from me...

Only two people pinned it from me. One has no repins, the other has 1.

Five has no repins

One has 1 repin, and that has no repins.

One has 2 repins, which have no repins

One has 1 repin, which has 2 repins, of which neither has repins

--- two has no repins
--- one has one repin, (in the middle of recipes... rather odd, actually... a lot of cake recipes, and then in the middle "I want to be a dollmaker!". Which probably explains why it has no repins :-D]

While I was tracking the movements of this picture, I went through a LOT of pictures of amazing dolls... (A LOT - one board had over twentyfive THOUSAND pictures of dolls! Mostly art dolls and ball jointed dolls... 25.000!) and I get a bad conscience...

My first contact with ball jointed dolls was with Marina's Snow White. She was made 2006, so I assume that was when I found out about these dolls. I remember being so enchanted, by the detailed beauty of these dolls, their clothes, everything. Later I found out that she actually did some metalwork for the dolls too, silversmithing, like crowns, and was even more amazed.
It was 6-7 years ago.
I have been searching for information on how to do the dolls, I have been studying and looking at more inspiring images of other dollmakers, tutorials, making processes... but what I have not done, and what gives me really bad conscience when I look at these pictures of dolls, is that I haven't made a doll yet.
I have all the necessary knowledge and skills. All I need is the material and practical know-how on how to apply my knowledge and skills on materials and actually produce a real doll.
I'm an idiot :-D

My biggest problems are:
a) I can't afford putting that much work on something that is most likely not going to produce any income.
b) I'm too old to play with (and make) dolls, so I can't waste the time and materials needed on making dolls.
I AM an idiot. :-D

Because right now I'm not putting ANY work on ANYTHING (much). Nothing I do produces any income. (I'm living on benefits due to health problems.) It would be better to put the time and effort I waste on the internet in actually MAKING SOMETHING.
No-one is ever too old to do things they like.
I WANT to learn how to make BJDs, I WANT a BJD of my own. I can't afford buying one, (and the ones available are not totally to my liking either) but I am able to make me one.
The problem here is that I am a GOOD craftswoman and artist. If I ever manage to produce a doll, it will be of good quality and beautiful, and if someone would buy a doll like that, it will costs a lot of money. It simply is so that I can't afford my own work! It's like the Irish lace makers in the 18th and 19th century. Lacemakers and embroiderers couldn't afford their own work either. It's really, really sick.
I really need to get over these sick attitudes and ideas I'm harboring.

I also see my ideas being realized by someone else, and every now and then I get this stinge of "my ideas are running dry!" - but - I'm not doing anything! So why shouldn't the Muse go to someone else who appreciates Her gifts? :-D